“Absolute perfection! These are the best words to describe what you get from a PWE event.” 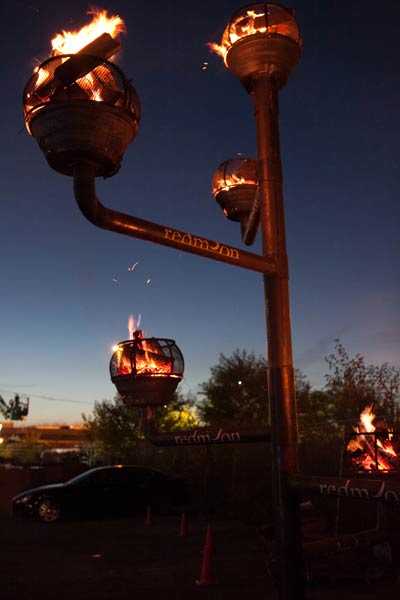 The goal of this celebration was to highlight the progression and growth of the company’s past, celebrate their present success and anticipate a promising future. We incorporated the evolution of the company and its story into many aspects of the event.

We have produced multiple milestone anniversary celebrations for Senior Lifestyle Corporation (SLC), a family owned company that operates retirement living communities throughout the US.

Upon the guest’s arrival, they were welcomed with powerful 18′ illuminated candelabras that set the tone for an unforgettable night. An oversized chandelier made of elegant bottles glamorized the entryway with walls that featured the original dancing couple logo. A stunning aerialist suspended by silks greeted guests as she descended from the center of the chandelier to pour glasses of champagne.

As guests entered the main venue, they were embraced by the history of the company through various aspects of the décor. There were four custom focal points in the room: branded shades hanging 18’ in the air that depicted several SLC locations across the country, illuminated branded bars, food stations featuring Smithsonian Institute style backdrops that illustrated the company’s historic timeline & milestones and a video wall highlighting the company’s new logo.