The Park At Wrigley Grand Opening 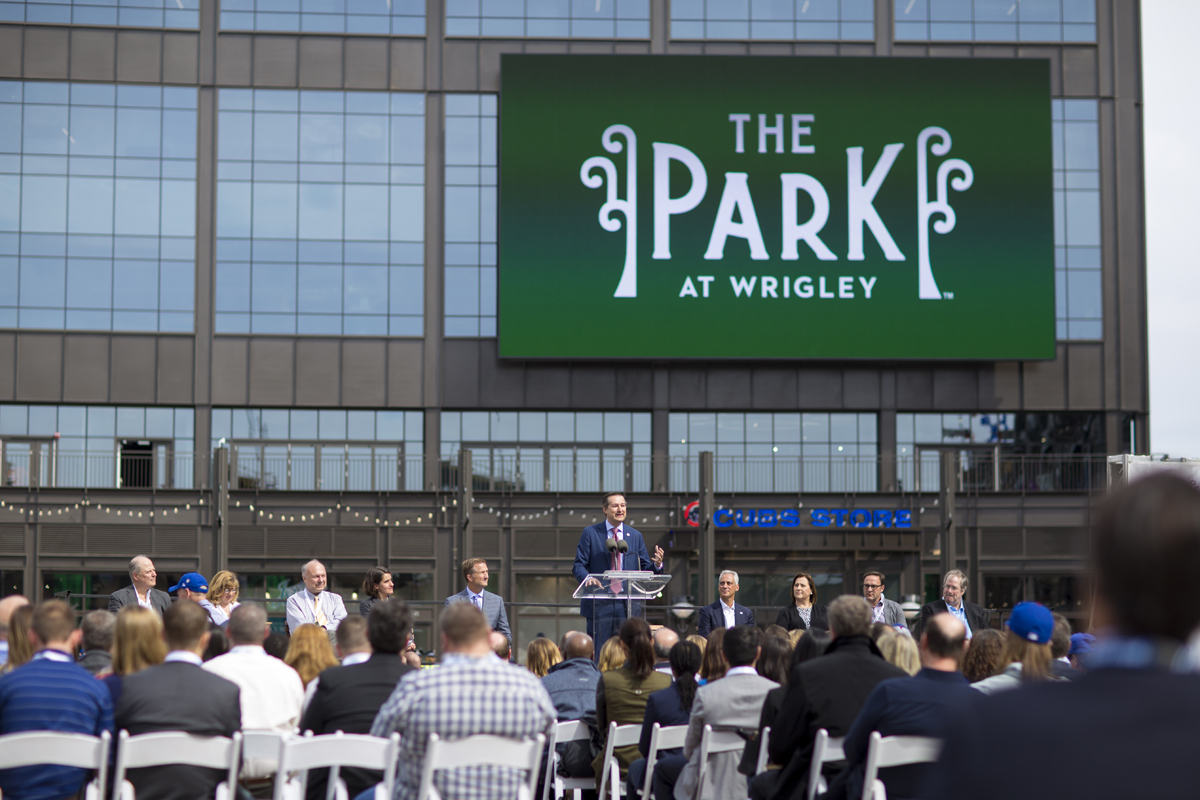 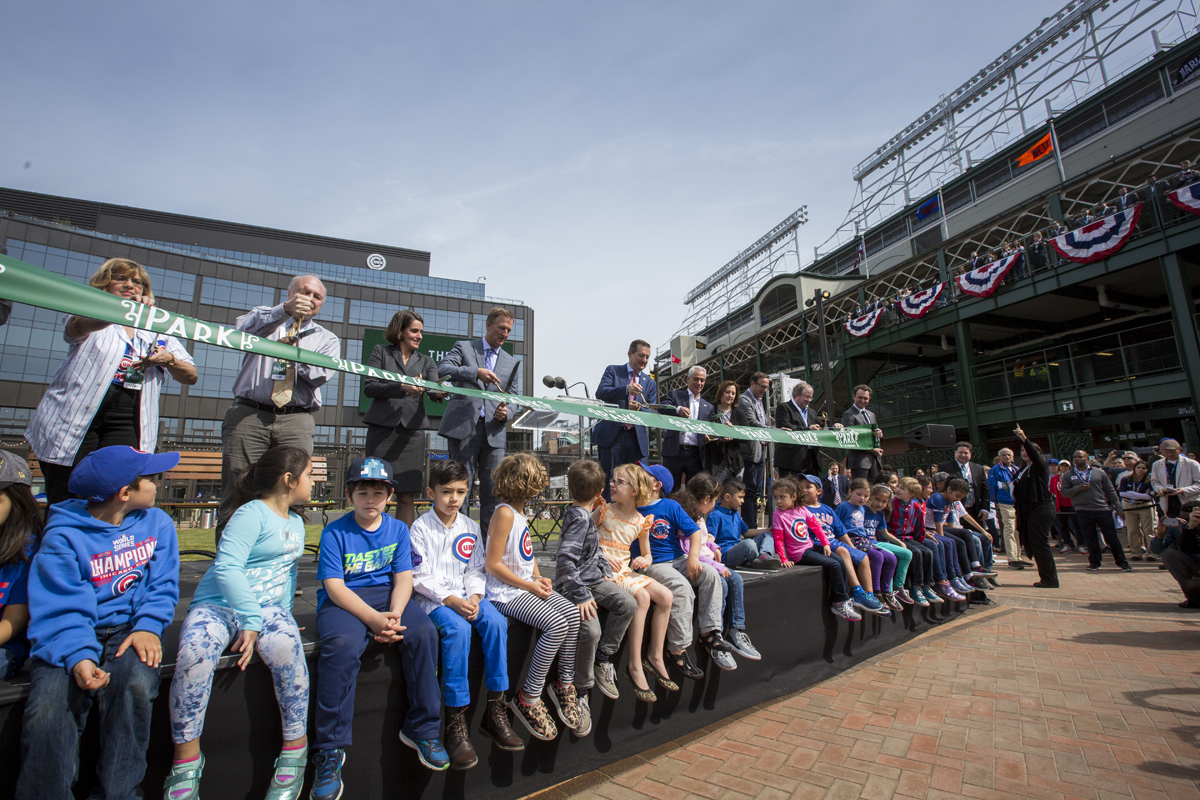 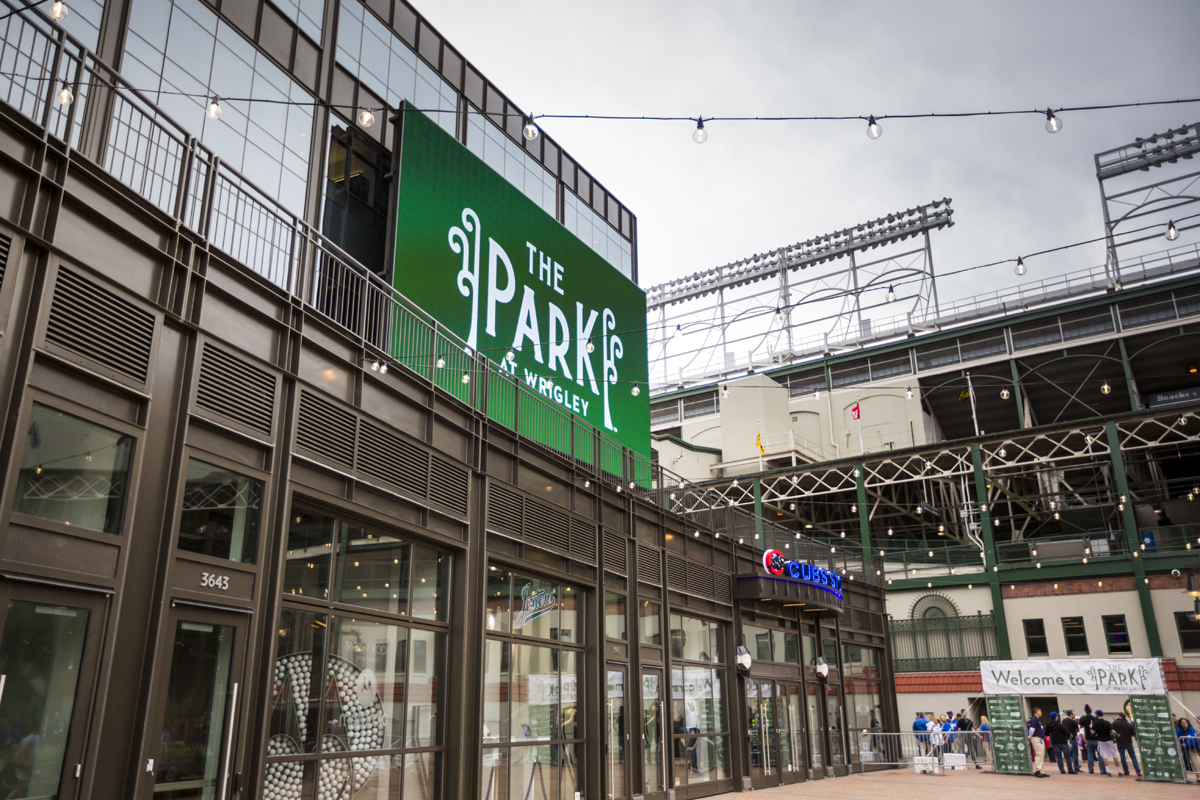 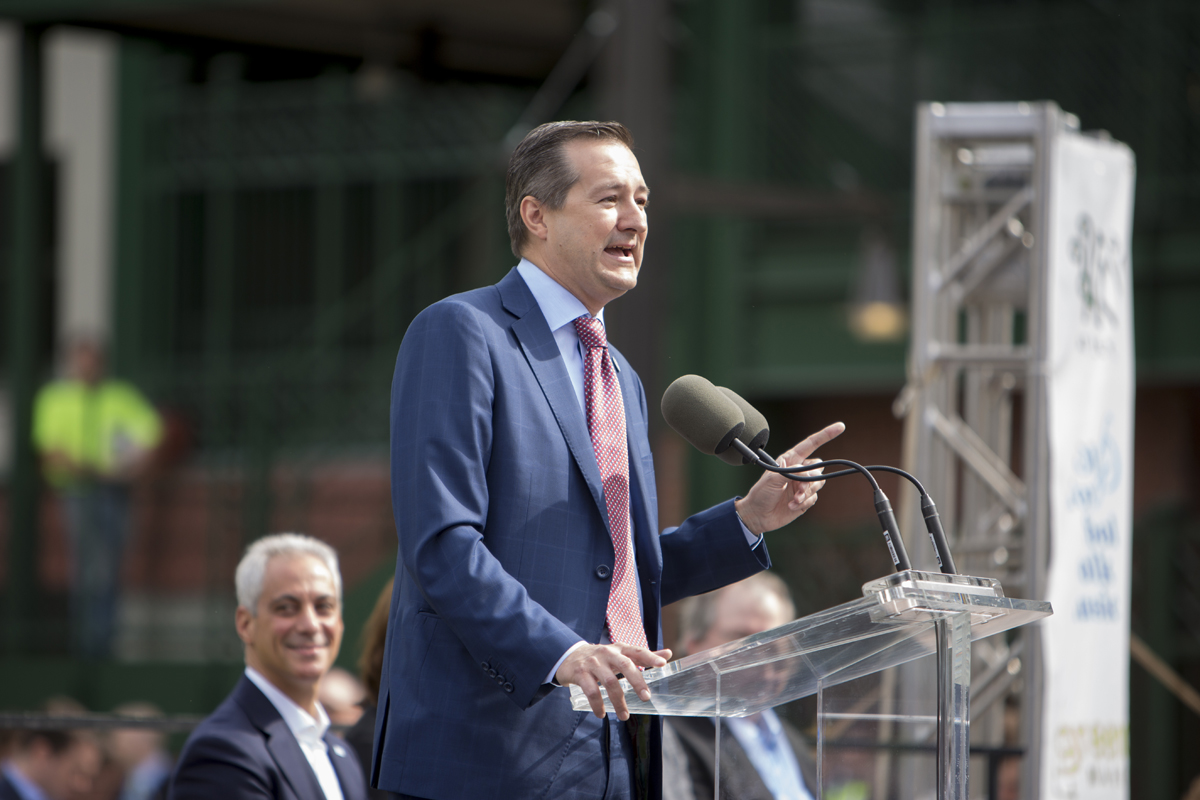 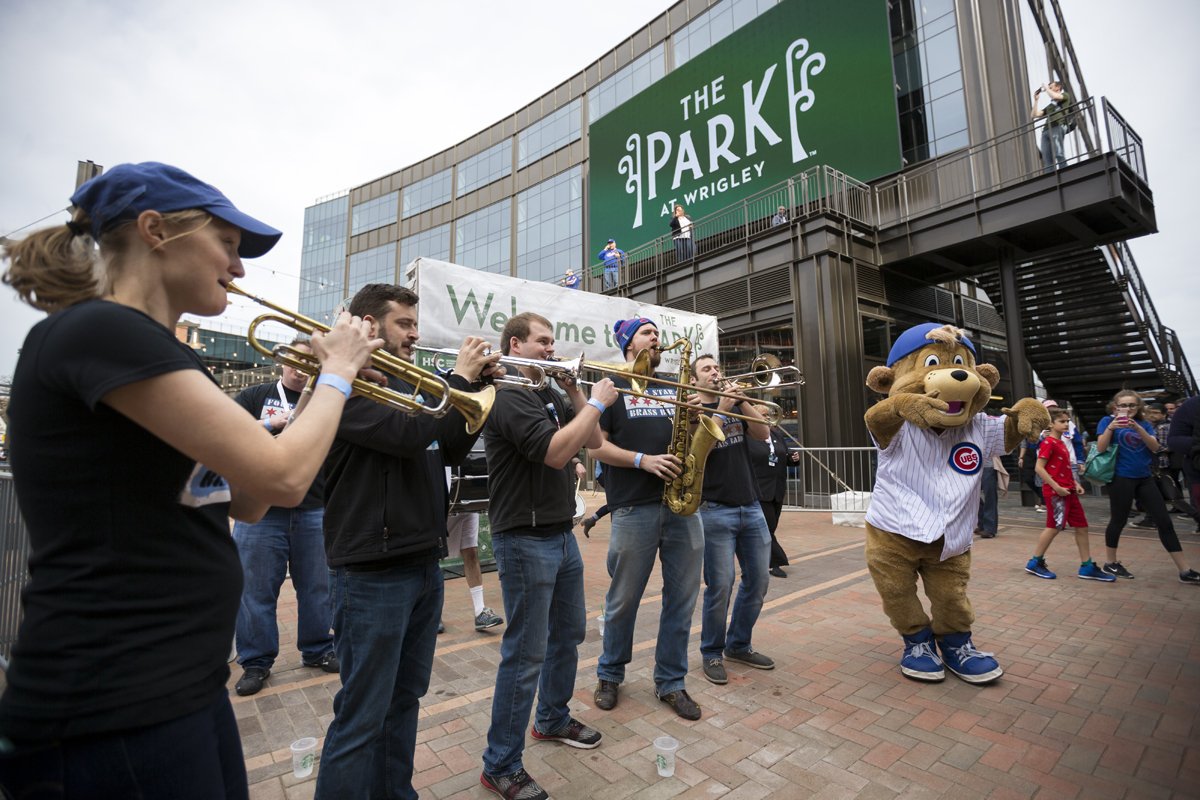 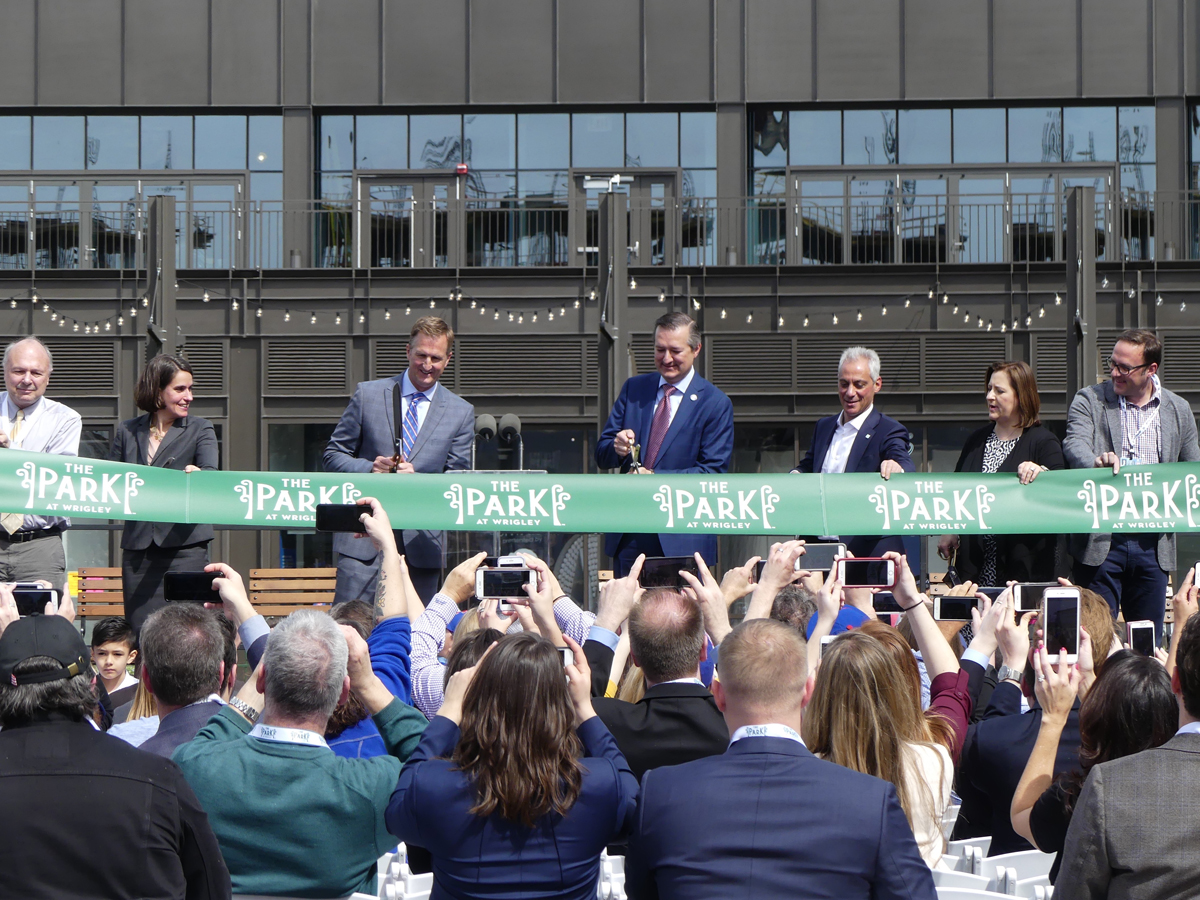 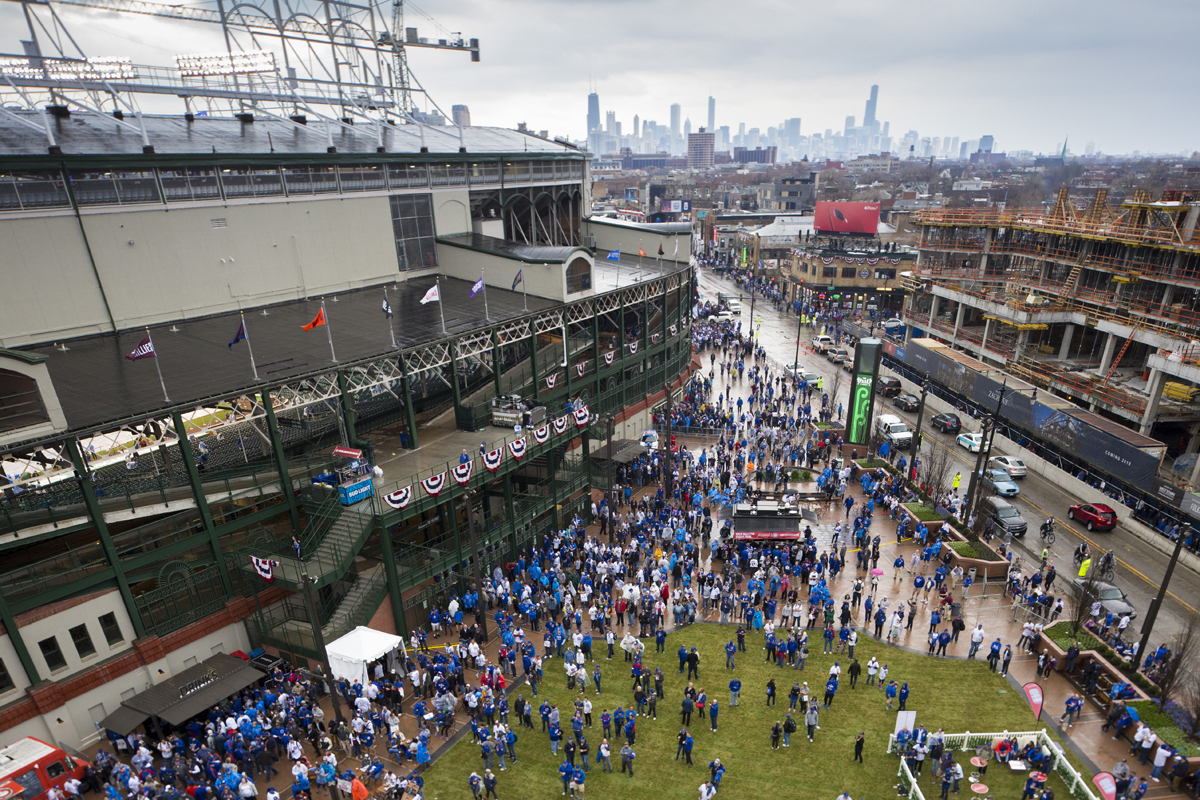 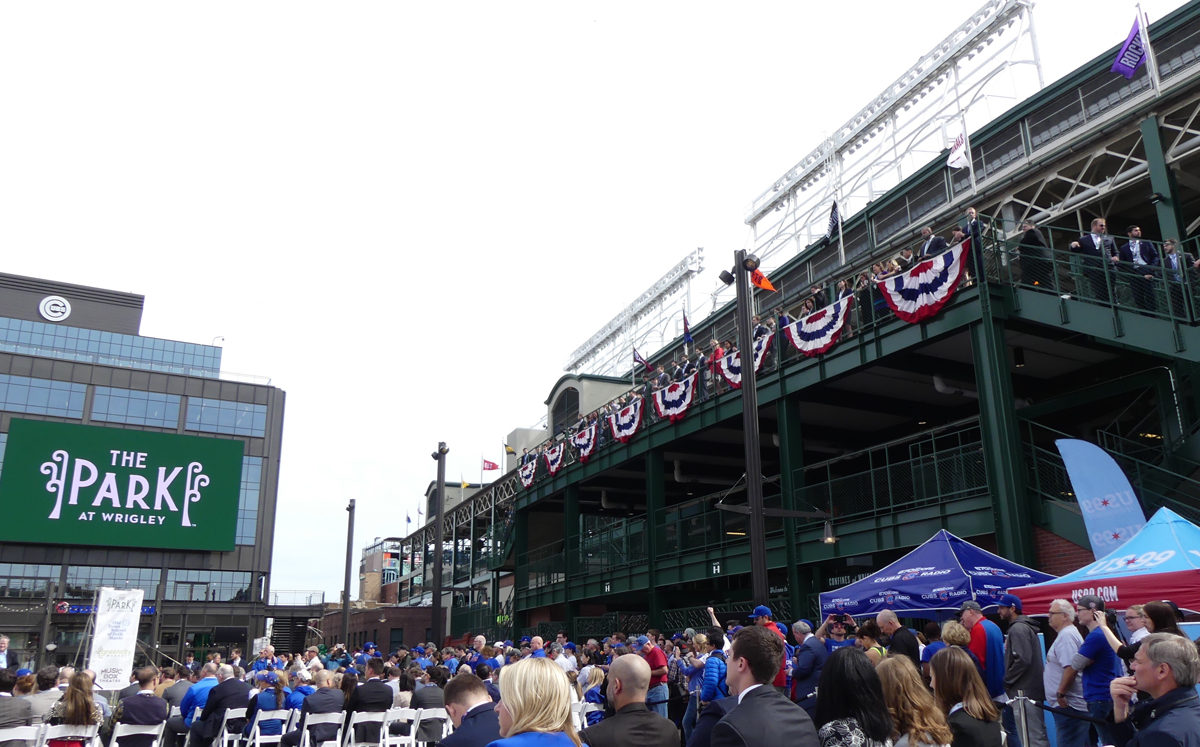 On the morning of the Chicago Cubs first Opening Day as World Series Champions in 108 years, the team and Hickory Street Capital (HSC) celebrated the opening of The Park At Wrigley. Located adjacent to Wrigley Field, the newest offering of the 1060 Project campaign is a community-oriented, open-air plaza featuring landscaping, welcoming green space and a playful water feature. PWE was engaged to produce the Grand Opening Event, which culminated with a ceremonial ribbon cutting. Upon guest arrival, VIPs were credentialed and offered Starbucks Reserve Coffee & delicious Green City Market crepes. Green City Market, a proud partner of the Park, also set up an interactive element where guests had the opportunity to plant seedlings, which signified the beginning of The Park At Wrigley. Old Town School of Folk Music, another partner of HSC, provided entertainment throughout the celebration. The entertainment consisted of an 8-piece instrumental band that played various songs, including the famous “Go Cubs Go” song as part of the ceremony. Clark the Cubs also made an appearance that added to the excitement of the festivities. When it was time for the ribbon to be cut, the stage participants including, Crane Kenney, Tom Ricketts & Mayor Rahm Emanuel took their positions and each held branded, oversized scissors ready to make the cut. More than thirty children from the local community were invited to sit on stage in front of the stage participants to be a part of this celebration. END_OF_DOCUMENT_TOKEN_TO_BE_REPLACED