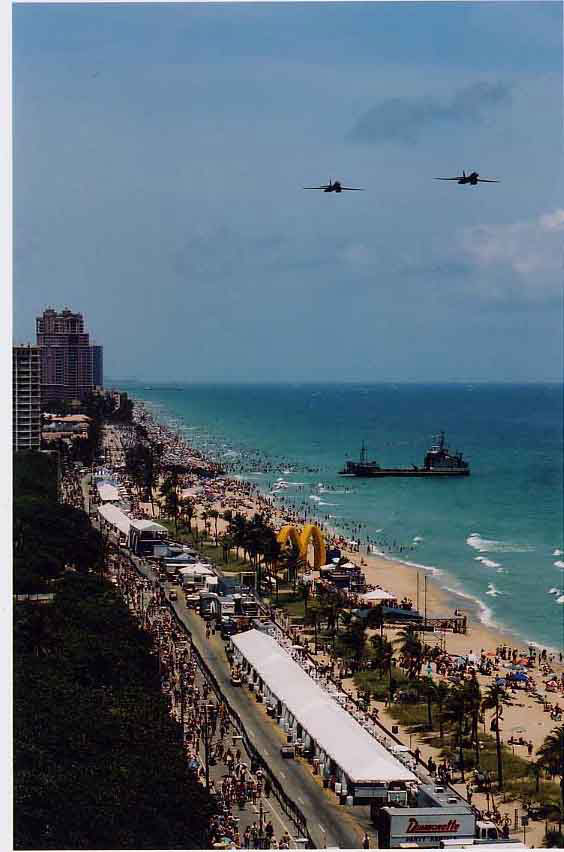 To create a premier, free-to-the-public air and water show, which would feature the world’s greatest civilian pilots and demonstrate the aircraft of the United States Military.

Over its 13 year run, the Ft. Lauderdale Air & Sea Show was the largest two-day spectator event in the world, hosting over 4.5 million people each year.

In addition to featuring top civilian pilots, the show served as a tribute to the U.S. Armed Forces and annually featured exhibitions by the military’s top aircraft and demonstration teams, including the U.S. Army Golden Knights, the U.S. Air Force Thunderbirds, and the U.S. Navy Blue Angels.

Other Charity Events
Ferraris On Oak